Staying at a school

Being based at a school during the Gothia Innebandy Cup is a lively, active experience. It probably gives you the very best opportunities to make contacts with new football friends during Gothia Cup. There can be teams from several different countries staying at the same school. This is one of the privileges of being involved in the Gothia Innebandy Cup, but it also makes demands of us all to show respect for one another.

We would like to take this opportunity to describe clearly and honestly what it is like to stay at a school.

There can be between ten and 40 teams staying at a school. 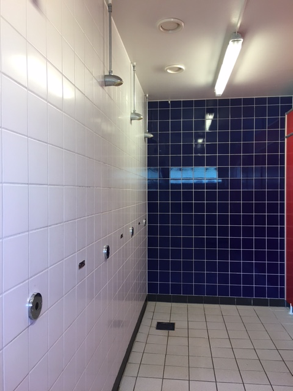 The gym and showers will usually be in a separate building on the school yard. The showers are shared by all the teams at the school. There are changing rooms for boys and for girls, with no separate showers for adults. There are usually four to five showers in each changing room. Sometimes there are showers with shower curtains or some facility for privacy, but this is rare.

The changing rooms and showers can be a source of concern among participants. We know that there is curiosity among both boys and girls in these ages, therefore we recommend that an adult is present when your players are taking showers.

The toilets are cleaned in the morning and evening. There is soap, but unfortunately we cannot provide paper towels as they are sometimes thrown into the toilet and cause blockage.

School children in Sweden eat a warm cooked lunch that is provided by the school every day. The municipality allows us to hire schools and kitchens so that we can provide you with good, nutritious food.

A self-service system operates in the cafeteria. Everyone can eat until they are saturated, but instead of taking too much and having to throw away food, we prefer if you come back for a second serving.

When you have finished eating, you leave your tray and plate in the washing-up area.

If you have an allergy and need special food, this must be ordered in advance at Gothia Account. The deadline for ordering special food is December 10th.

The room where you sleep is a “normal” classroom that is furnished to provide accommodation. This means that school desks and school materials are still there. Pupils and teachers trust us not to use or destroy their things.

The desks must be placed alongside one wall, not in front of the windows, which are emergency exits. There must also be an unobstructed path between the mattresses all the way to the door. The best arrangement is that each player keeps his or her bag above their head against the wall.

The dormitory is based on everyone having a mattress that is maximum 75 centimeters wide. The width of the mattress is important, as many people tend to bring wider ones nowadays, which is not possible if there is to be room for everyone in the dormitory. If this happens, we may ask you to sleep in pairs on such a mattress. This is due to requirements from the fire department. 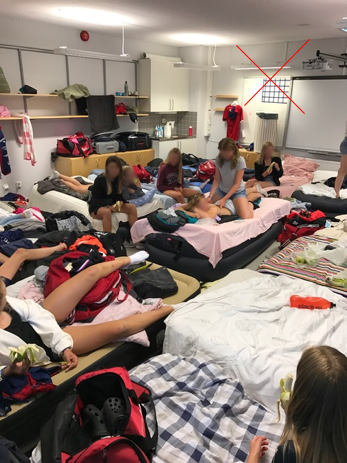 Examples of mattresses that are too wide 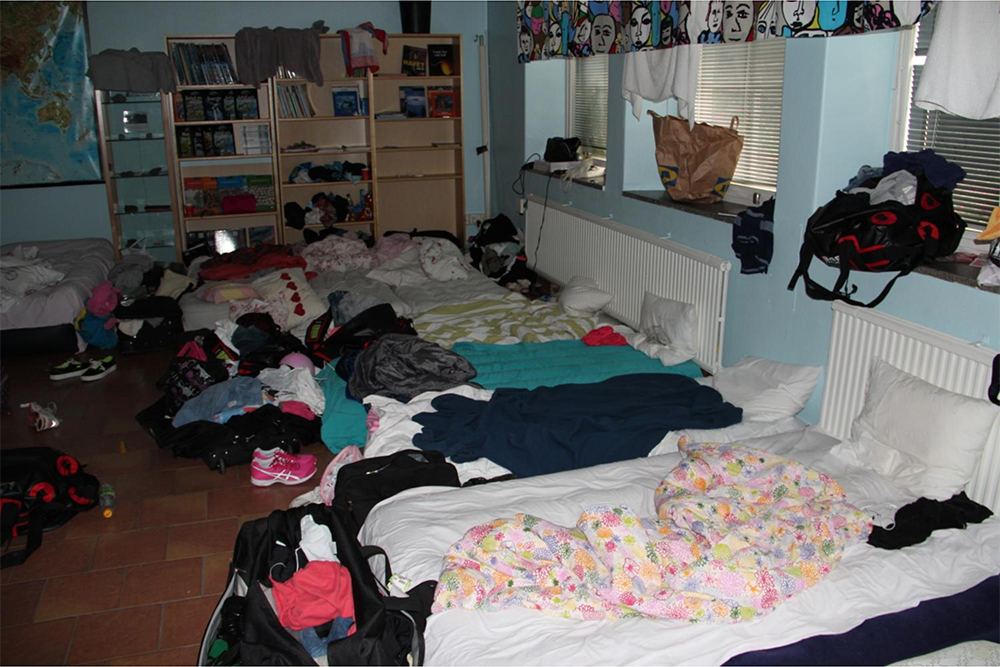 OK to have aisle in the middle 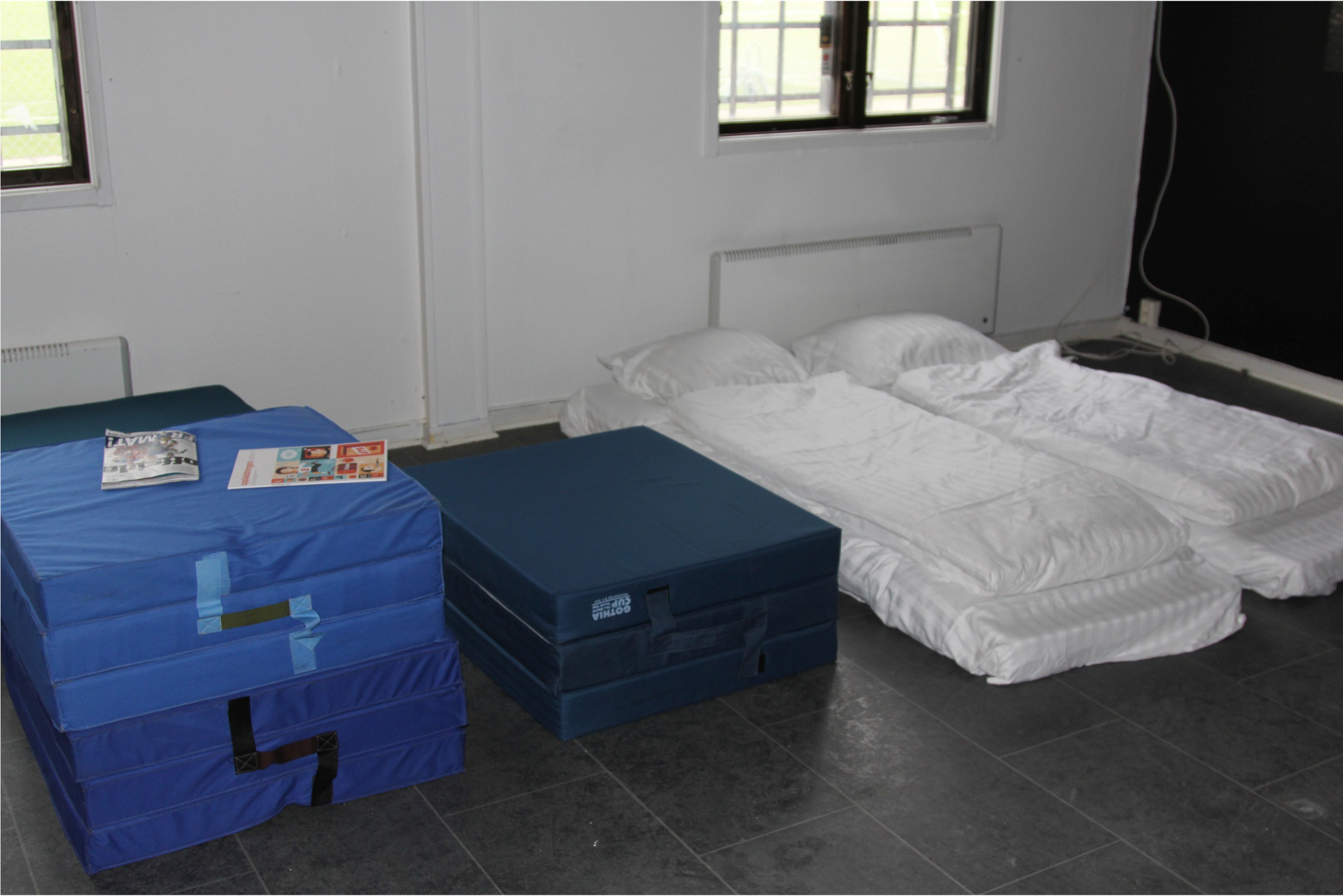 Some teams sleep in gymnasiums. These rooms are usually allocated to clubs that bring several teams. One advantage is that there is more room, but a possible drawback is that the teams may disturb one another. 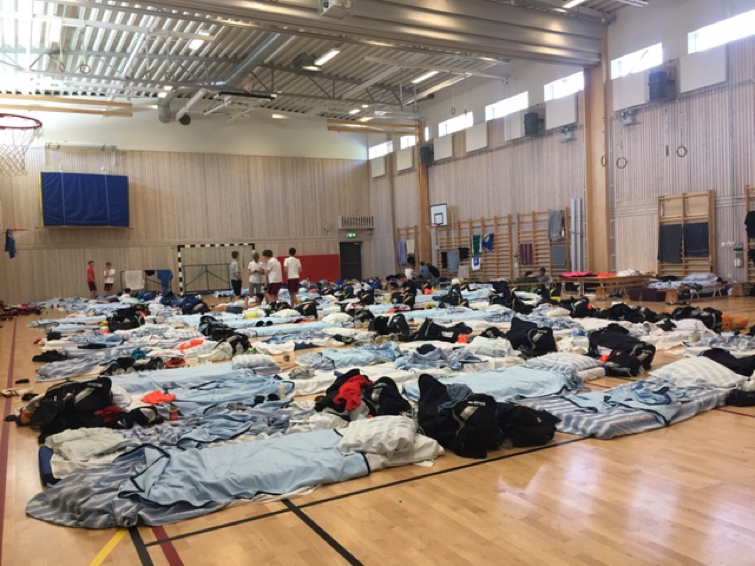 We are aware that there is not a lot of space in the rooms, and that it demands a little structure and discipline to make it work.

To avoid thefts and break-ins

Never leave the room unattended. The last person who leaves the room must always lock the door, even if they are only in the hallway. Double-check that windows and doors are locked when you leave the room. Do not leave valuables in the room, and if you see an unauthorised person, mention it to your team leader or one of the school hosts.

At each school there are hosts, who are there for your service and safety. They are officials who are doing this work on a voluntary basis because they want to meet you and be part of Gothia Innebandy Cup.

The leader is always responsible for his or her players. If you help us in the way we have described here, you will have an enjoyable and rewarding week. 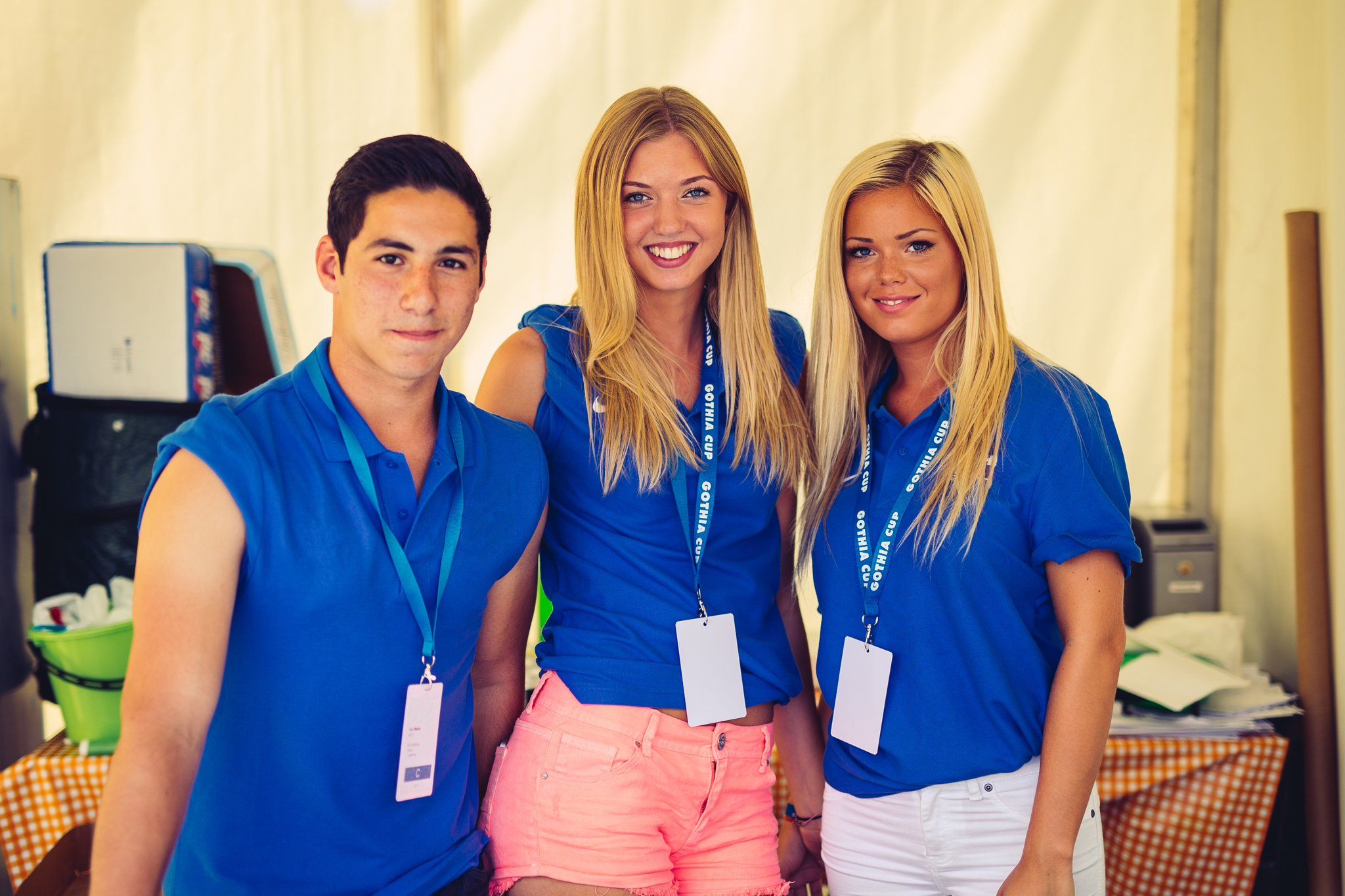